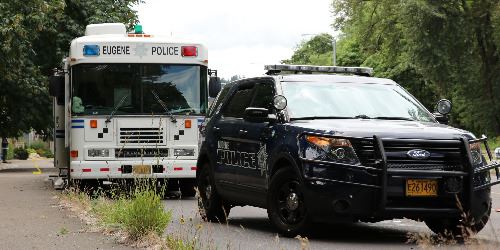 MCI is activated to reconstruct serious collisions, such as when there has been a fatality or life-threatening injury, or when a DUII collision causes serious injuries. The team is also activated to investigate crash scenes when a police pursuit or a collision involving a city vehicle generates any significant injury or damage, and sometimes in other circumstances in which investigating officers require technical assistance.

Crash investigators are specially trained to analyze a collision scene for evidence of how the collision occurred. The analysis is extremely complex and requires a forensic examination of every mark left on the roadway by the vehicles involved, using cameras and survey equipment. These precise measurements are needed to accurately reconstruct the crash and determine how each vehicle moved before, during, and after the collision. (In addition to crash investigations, MCI investigators also are sometimes called upon to use this high-precision measurement system and their expertise to assist in forensic reconstruction of crime scenes.)

After the wrecked cars have been towed away and police have reopened the roadway, the real work begins. The victims’ families, prosecutors, police administrators and the public all want to know how fast the offending vehicle was traveling and how the collision happened. The many precise measurements taken at the collision scene are downloaded into a computer and a large-scale diagram is produced for reconstructing the crash and for use in any later criminal trial. Determining impact speeds requires hours of investigators’ time, working with the scale diagram and making calculations. Next, the reconstructionist must ascertain where each vehicle was in relation to the other prior to the crash to see if the collision could have been avoided.

Crash investigators work closely with the District Attorney’s Office to determine whether charges should be filed in each case, then testify at trial — often against highly trained engineers hired as defense experts.

Unfortunately, the methodical data-gathering process at a crash scene often causes extensive traffic delays, because in serious collisions — especially those that may lead to criminal charges — it can take a significant amount of time to achieve the accuracy that is vital to determining the circumstances of the crash.

Investigators are allowed the time they need to complete their initial evidence gathering, even though it can require a road to be closed or partially blocked for a few hours, because the level of detail and accuracy of a crash reconstruction can mean the difference between justice being served and a guilty party going free.