The City launched the first phase of the campaign in July 2021. Throughout July and August staff popped up around Eugene with surveys, fun prizes, and biking resources and maps. The second phase of the campaign launched September 2021, with print and online media, signage along paths, speed monitoring along popular paths, and further data collection.

Phase two occurred during Summer 2022 and included improved messaging, more events, pop-up temporary signage along the paths, work on permanent signage, and direct education to users who have vehicles that are not allowed on the path system.

In Fall 2022 permanent path etiquette signs we placed throughout the path system. Additional outreach and direct education will continue through Summer 2023.

E-Bikes, One-Wheels and More: There's more people on our paths! from City of Eugene on Vimeo. 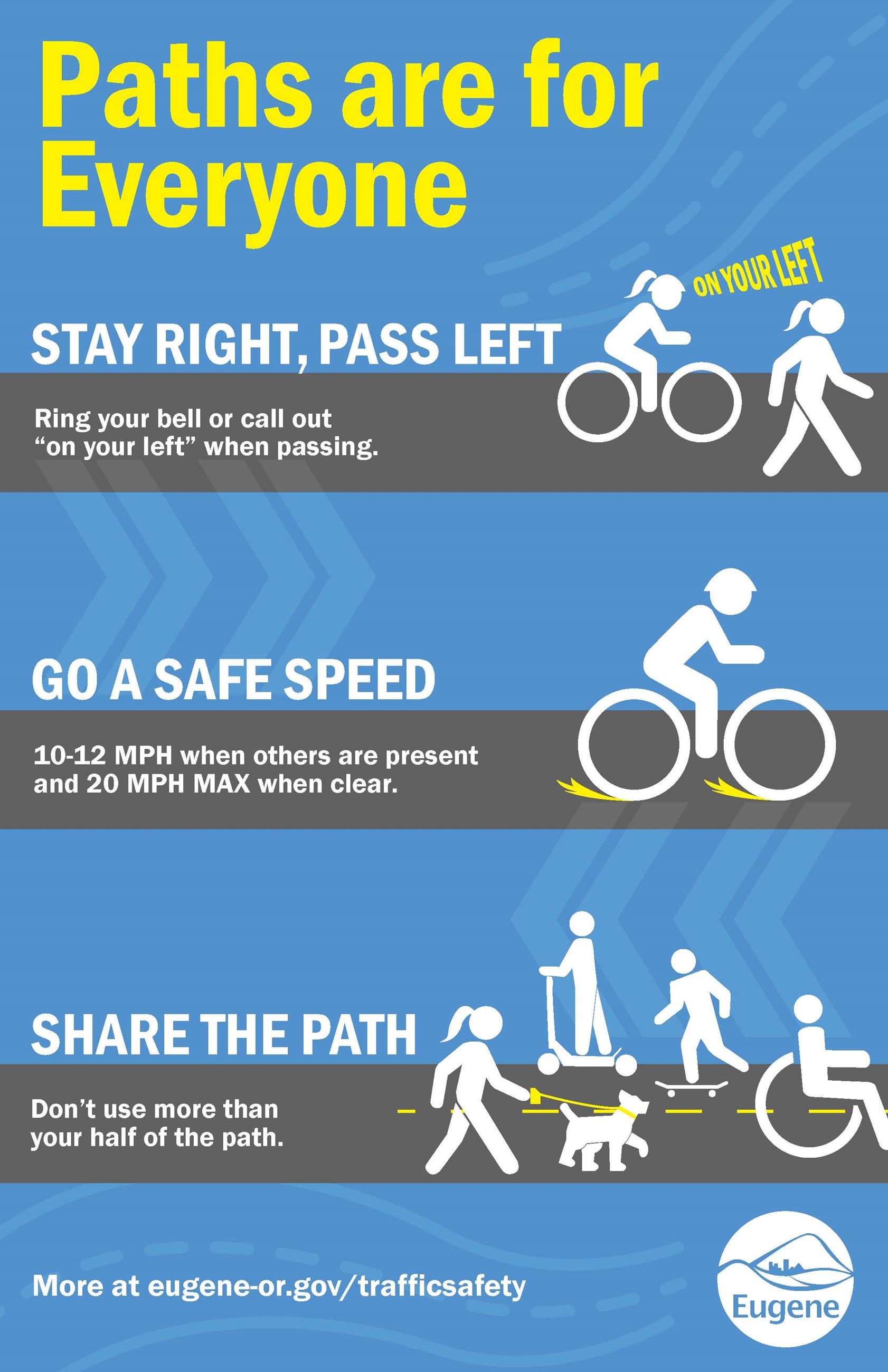