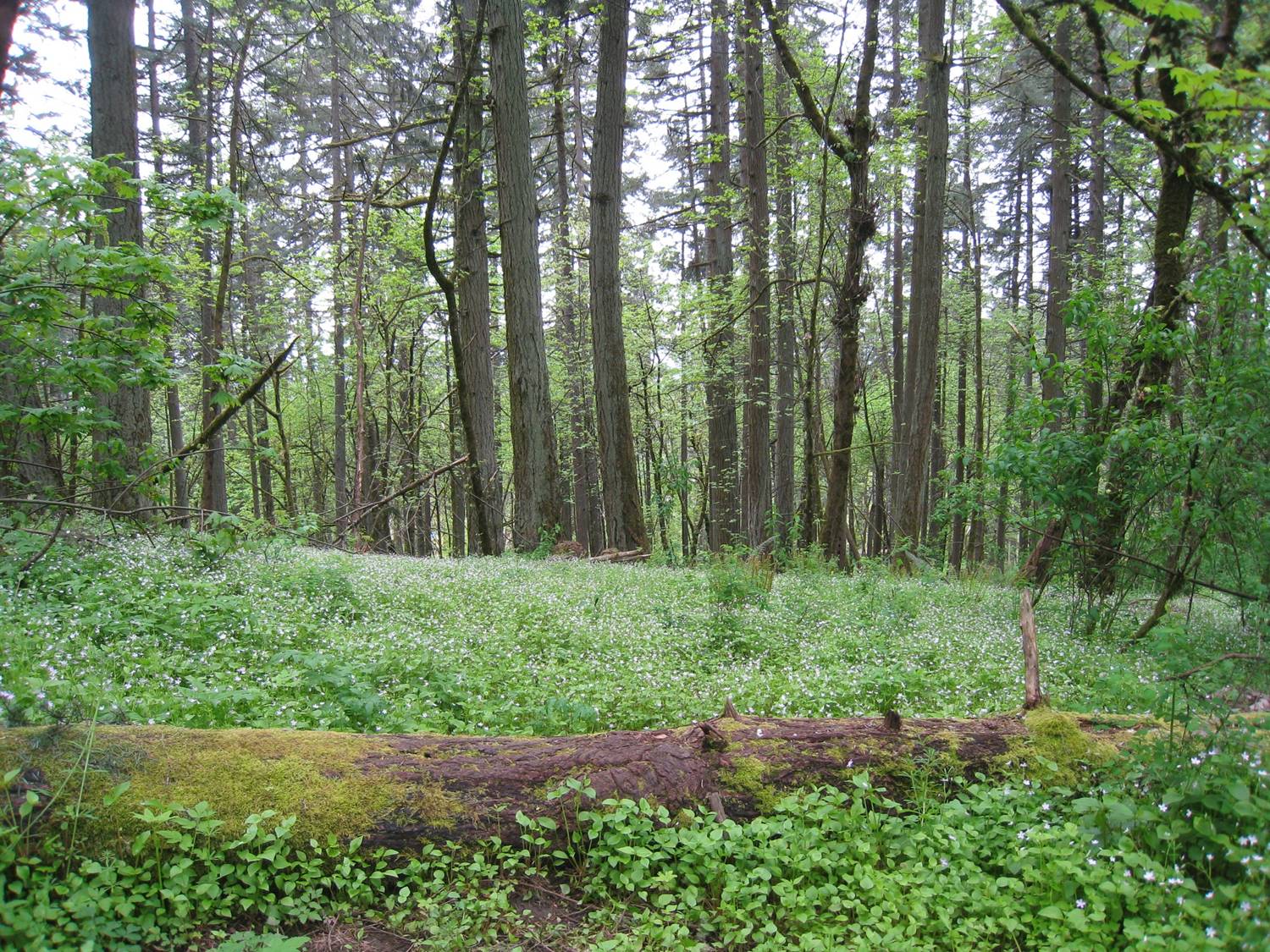 Hendricks Park is our oldest park and a deeply valued community treasure. Its forested hillslopes provide a backdrop to our town and provide ready access to nature close to Eugene’s urban core. Over the last several years, the forest has been weakened by drought and has endured unusually intense storm events.

The winter 2019 snowstorm toppled over 50 mature Douglas-fir trees in Hendricks Park, and inspections conducted in the following months revealed an infestation of Douglas-fir beetle (Dendroctonus pseudotsugae). Two areas have been most impacted, the first near the forest “saddle” where multiple trails join together, and the second near the rock restroom and picnic area.  Affected areas now have visible clusters of standing dead Douglas-fir trees or stumps where dead trees were removed for safety. Isolated dead trees can also be found throughout the forest.

Douglas-fir beetles are native, usually present at low levels scattered throughout Douglas-fir forests in western Oregon. Under normal conditions they find weakened trees to attack. However, when they are provided with ample resources such as the blowdown from the 2019 storm, their populations could reach numbers that would be high enough to successfully attack healthy, large Douglas-fir in Hendricks Park and cause more trees to die. The greatest growth in Douglas-fir beetle populations is in the year following a storm (2020 in this case), due to the beetle’s own biological ability to only use downed or dead wood that is less than one year old.

What We Are Doing

After careful thought and consideration of the value of Hendricks Park’s trees to our community and this unique place, Parks and Open Space has decided to undertake a one-time action to help protect the Hendricks Park firs in spring 2020.

Our goals are to:

There are multiple options for managing Douglas-fir beetle infestations, some more intrusive than others, such as driving through the forest with heavy machinery and dragging out all of the recently downed and dead wood. Parks and Open Space has chosen a solution that will address the beetle outbreak while also minimizing disturbance to the rest of the park’s vegetation and wildlife.

Based on the recommendation of the Oregon Department of Forestry’s state entomologist, we will install a pheromone, methylcyclohexenone (MCH), on Douglas-fir trees throughout the park to deter the newly emerging generation of beetles from attacking new trees. MCH is the Douglas-fir beetle’s own communication tool. It signals to emerging beetles that surrounding trees are already occupied. Most beetles will fly around until they exhaust their limited energy without being able to find a new tree to attack, thereby protecting the forest. Because the beetles live for less than one year, this action should help return the beetle population in Hendricks Park to more normal levels.