Click on image below to read the executive summary. 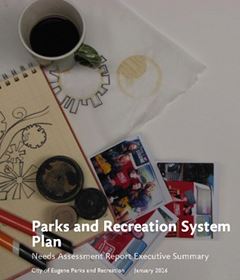 What’s Happening in Your Neighborhood?

All the different areas of Eugene are unique, with different resources, facilities, needs and priorities. It’s important to understand what exists within each of these areas currently to set the course for the future. Dig deeper into your neighborhood’s particular strengths, challenges and opportunities in the reports below.