The building at 1059 Willamette Street served as the Lane Community College (LCC) Downtown Center until 2012 when LCC moved in to their new Downtown Campus at 10th and Olive. In April 2019, the City submitted a letter of interest to LCC for purchase of the site. In May 2019, the LCC Board approved sale of the site to the City of Eugene. On January 29, 2020 City Council approved the use of federal Community Development Block Grant (CDBG) dollars to purchase the 1059 Willamette Street site. (The meeting materials and webcast can be found here.) The City acquired the building in April 2020.

At their June 9, 2021, work session, Eugene City Council discussed the proposal for the Montgomery, submitted in response to the Request for Proposals the City issued for the redevelopment of 1059 Willamette Street. Council directed staff to begin negotiations with the Montgomery development team and bring back terms for the sale and development of the project.

At their October 20, 2021, work session, Council reviewed proposed terms for the redevelopment of the property. Council approved the proposed terms and directed the City Manager to enter into a formal legal agreement with the development team.

Staff are now working with the team to move the project forward. The development team will begin raising equity, securing financing, and refining their design. They intend to apply for a Multi-Unit Property Tax Exemption (MUPTE) for the project (which entails a public engagement process, a Review Panel, and Council action) in late 2022.

The use of CDBG funds requires that the site be used for housing and that at least 51% of the units must be affordable to households earning 80% of Area Median Income. The City of Eugene is proposing redevelopment of the site into a mixed income housing project, where 51% of the units would meet the CDBG income requirements, and the other 49% could be rented at market rates. (See Project Vision tab for more information.) At their January 29, 2020, work session, Council approved the use of a Request for Proposals process for redevelopment of the site.

The City released a Request for Proposals (RFP) in November 2020. The RFP was open for 3 months and we received one proposal from a development team led by deChase Miksis and Edlen & Co. The development team is proposing a new mixed-use, mixed-income building, called the Montgomery. The proposed project would have 129 units – 66 of the units would be restricted to households with incomes up to 80% of Area Median Income. The other 63 units would be rented at market-rate without income qualifications.  Download the full proposal.

Below is an excerpt from the proposal summarizing the project’s key concepts:

To get public feedback on the proposal, the City released a community survey in March 2021. The survey was sent to stakeholder groups, including the Downtown Neighborhood Association, Downtown Eugene, Inc., Downtown Eugene Merchants, Friends of Downtown, and Affordable Housing providers and was also shared via social media. In addition, the survey was promoted by the Register Guard, KEZI, and KLCC. The survey was open for 3 weeks and received 327 responses. The City also received emails from community members. Click here to download survey results and feedback received.

WHY HOUSING AT 1059 WILLAMETTE

Eugene lacks housing affordability, availability, and diversity of type. Our efforts with Housing Tools and Strategies, the TAC Report, and the Eugene/Springfield Consolidated Plan are all working towards increasing the supply of housing units for folks of varying income levels in our community.

Traditional affordable housing developments target folks that earn 60% and below of the area median income (AMI). This housing supply continues to be built because of the level of financial subsidy available (tax credits, HOME funds), making these projects financially viable. The City provides land in order to leverage these other subsidies.

Market rate developments continue to be built in Eugene. These projects are financially viable due to the high demand for housing in our community. When demand is high, rents will also be high. In order to secure housing, tenants are often paying more than 30% of their income to housing costs, meaning that they are rent burdened.

This project is an opportunity to utilize the CDBG funds we have available to increase the housing supply for incomes between 60-100% of the AMI, referred to as moderate income housing. The CDBG resource allows the City to be flexible and creative with providing this needed housing.

The proposed 49% of market rate units will help to fill the financial gap, but it will not be enough. The City anticipates utilizing Urban Renewal, among other financial tools, to help close this financial gap. This site is identified as an eligible project in the 2016 Downtown Urban Renewal Plan Amendment. This plan makes the project eligible for up to $6 million, with current estimated range from $1 million to $3 million. (See Urban Renewal tab for more information.)

The site’s central location and our community’s need for more housing options at all income levels indicate that housing would be a productive use. The City acquired the property in April 2020 as a CDBG Land Acquisition for Affordable Housing site, also known as a land bank site.

The CDBG funding source dictates that at least 51% of the units must be affordable for and leased to households earning 80% of the Area Median Income (AMI) or below. The remaining 49% of the units would be leased at market rate rents.

This will help to fill a gap in the housing affordability spectrum, allowing folks a housing option in between 60% AMI and market rate rents. At a moderate income housing level, folks would be able to save money and work towards financial security instead of being rent burdened.

The site is located in the center of walkable, bike friendly downtown Eugene, directly across the street from LTD’s Downtown Station. This project would create an active, engaging street face on Willamette Street, one of the Downtown Plan’s identified Great Streets. And, this project would implement compact urban development that encourages the use of transportation options.

Community Engagement and Project Scoping took place in January 2020, prior to property acquisition. Council's first consideration of UR funding (Council Review #1) took place on July 27, 2020. Click here to view the webcast and materials.

The Public Hearing took place on September 21, 2020. The public was able to provide input on whether or not the project should move forward, and whether UR funds should be used. Click here to view the webcast and materials.

On July 27 the Agency Board passed a motion to fully fund the Farmers Market pavilion/plaza and fund Park Block improvements, leaving an estimated $1.1M for other projects. At the July 27 Work Session, the Board specified that a "minimal" amount of the remaining $1.1M be spent on Open Space projects. Click here to view the webcast and materials.

Council's second review (Council Review #2) took place on September 30, 2020. At this work session, Council considered the use of Urban Renewal funds to support a future project at 1059 Willamette.  At the September 30 work session, the Agency Board passed a motion to make $700K of the remaining $1.1M of Urban Renewal tax increment funds available with the 1059 Willamette RFP, leaving $400K for Open Space projects, subject to future Council review. Click here to view the webcast and materials. 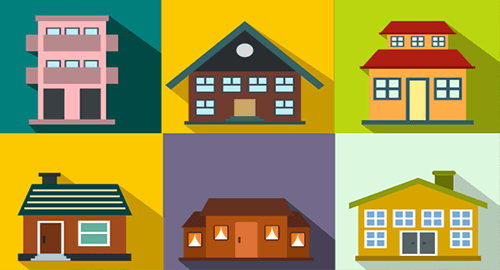 This initiative contributes to increasing housing affordability, availability, and diversity of type.

Find out more by clicking here.