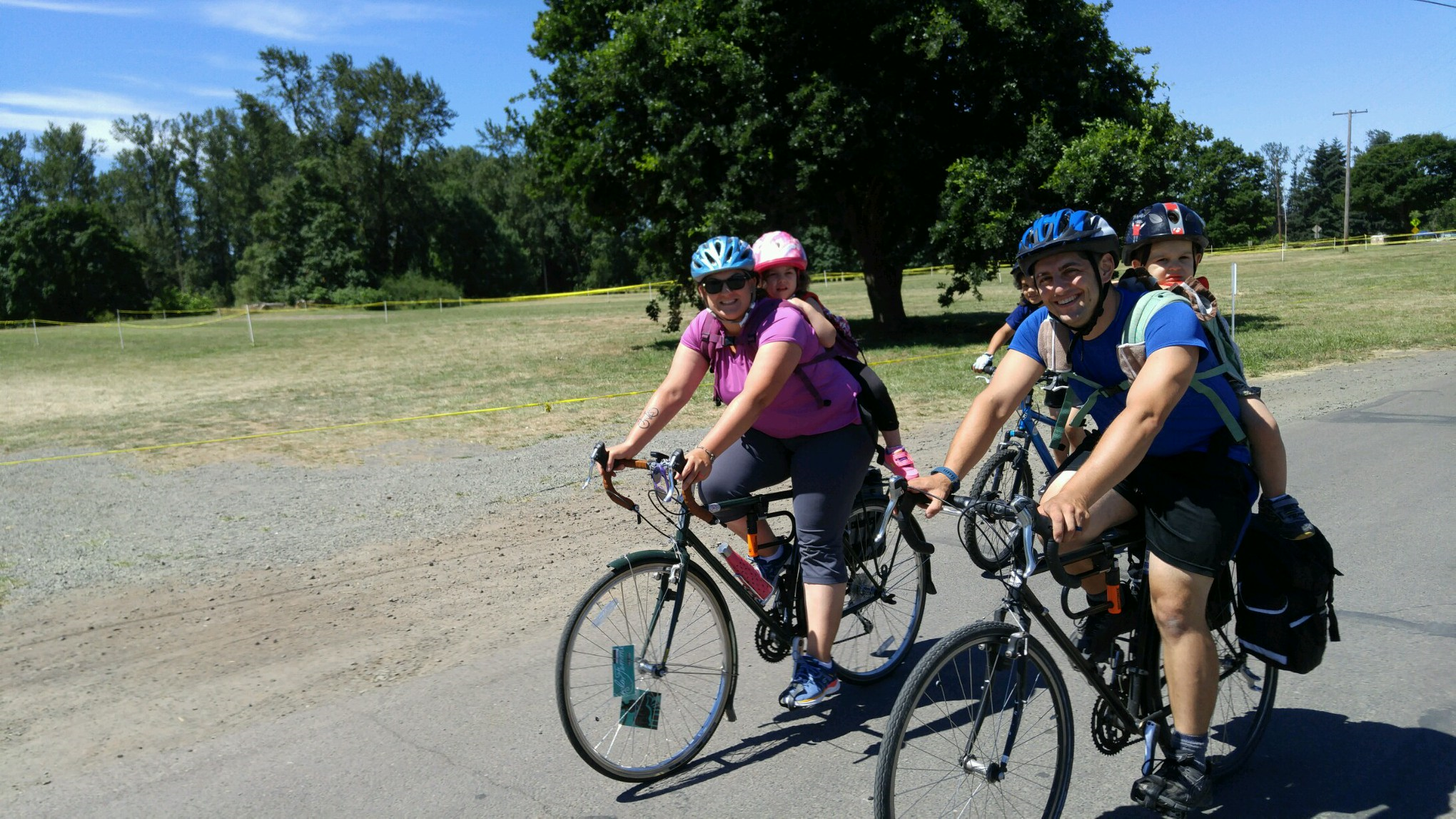 Thanks for participating in smarttrips: River Road! Over 700 kits were delivered to more than 13% of the neighborhood.

During the summer of 2017, the smarttrips: Eugene program came to the River Road neighborhood. The program was called smarttrips: River Road and reached a total of 5,500 households with the goal of improving livability by encouraging residents to walk, bike, take transit, and carpool more often.

Approximately 13.1% or 726 households of target area residents requested smarttrips materials. Some of those participants also participated in one or more of our 10 smarttrips: River Road events. The City of Eugene also added over 600 new email contacts to its monthly Transportation Options e-newsletter, InMotion, as a result of the program.

Over the course of the program, the target area saw an increase in walking and bicycling. This target area was selected because it has good walking and bicycling infrastructure in the Ruth Bascom River Bank Path, with many low speed neighborhood streets, local schools, and frequent transit service along River Road. The neighborhood has an active Neighborhood Association and engaged community members with a supportive culture around active transportation.

The program evaluated residents’ shifts in travel behavior using a household travel diary and opinion survey administered before and after the program.

According to survey responses, residents of the smarttrips: River Road area:

Residents in the River Road target area also showed support and awareness for more walking and biking in Eugene. Of the survey respondents, 77% support the City’s effort to promote transportation options. In a supplemental participant survey, 98% of respondents who received a travel tools smartkit reported that the materials they received were useful. In addition, 46% of respondents who attended an event said the event helped them make more of their trips using transportation options. Finally, 54% of respondents stated that they now consider all trip options before deciding how to travel.