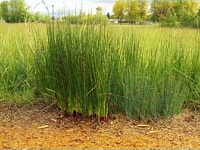 Prior to European settlement, Kalapuya Indians hunted in wetlands and collected wetland plants for food and medicinal purposes. Native Americans routinely burned back the vegetation resulting in a change in habitat from forested, scrub-shrub wetland to wet prairie grasslands. While the native wetland habitat may have changed by burning practices, the amount of wetland acreage is thought to have remained the same as hydrologic conditions for the most part were not affected.

Despite periodic burning, the Willamette Valley retained a mosaic of wetland comprised of marshes and wet forests, wetland prairies intermingled with upland prairies, wetland shrub / swale, and forested streams and swales. With the valley resembling a midwest prairie predominantly covered with tall Deschampsia cespitosa grass, the stage was set for the next era of wetland use - agriculture, grazing, and logging.

Prior to the construction of dams on the upper Willamette River, the west Eugene area was often flooded by the Willamette in the winter to depths of up to three feet. However, prairie burning by native Americans maintained a community of lush, seasonally-wet prairie in most of the Willamette Valley, including west Eugene, until pioneer settlers arrived and the burning ceased. However, the prairie community was sustained because burning destroyed the young woody plants that would have resulted in a forest community. Historically, there were five wetland types in the west Eugene area until the 1930s. The five wetland types include: 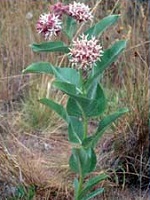 Seasonal wet prairie made up the majority of land in west Eugene prior to pioneer settlement in the valley. Characterized by grasses, sedges, and rushes, these areas were often flooded during the winter and dry in the summer.

These wooded areas grew near the Willamette River and larger streams. They consisted of big leaf maple, black cottonwood and Douglas fir. Most of these areas were eventually cleared for cultivation or logged. Large flood control efforts like dams and channels prevented the flooding which had made bottomland unusable and inaccessible.

These areas may have bordered some waterways in the west Eugene area. Characteristic vegetation includes: willows, Oregon ash, and cattails. Without prescribed burns, these species grew over many wet prairie areas and crowded out some of the grass species.

There were two types of ponds in the Plan area: permanent and seasonal. Shrub-swale vegetation surrounded permanent ponds, and wetland species such as cattails, spike rushes and reeds encircled seasonal ponds.

Human-made drainage facilities, such as pipes, reduced the number and length of many streams. Straightening and dredging many of the streams in the Plan area have resulted in changes to riparian wetland conditions and hydrologic connectivity. Several small channels were blocked by large berms built up along major channels like the A3 and Amazon Creek.

European settlement of the area coincided with dramatic vegetation and hydrologic changes to the West Eugene wetlands. Initial draining of individual parcels and subsequent massive Public Works flood and drainage control projects effectively altered the hydrologicpattern. However, in many places wet conditions remained due to the high clay content of the soil. Many of the wetlands were and still are used for livestock grazing and grass seed production.

With the cessation of burning practices, parts of the plan area reestablished with Douglas fir and other commercially valuable timber which have since been logged. Timber companies utilized the natural wet conditions to construct log ponds by excavating pits and creating perimeter levies where logs were stored. Some of these log ponds, no longer in use, have reestablished as wetland. 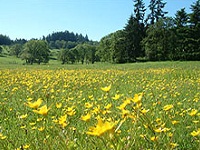 These dams, particularly the five on the upper Willamette River, altered the hydrology of the west Eugene wetland region by reducing the periodic flooding of the Amazon Creek area. Because of the dams, the river no longer flooded the area, including Amazon Creek and the wetland region, as frequently and extensively as in the past, creating what early settlers referred to as the "thousand fingers of the Amazon".

The more indirect impact of these dams was to allow a change in agricultural practices in the Long Tom drainage and to allow localized drainage for urban development in southern and western Eugene. Pasture and haying were replaced by grass seed and grain crops. By 1954 much of western Eugene was zoned for industrial uses to capitalize on proximity to the Coos Bay rail line and Highways 99 and 126.

As Eugene grew, public facilities were extended, allowing much of the east portion of the plan area to develop with industrial uses. Similarly, residential uses began to spread into the eastern and southern portions of the Plan area.